← more from
Orindal Records
Get fresh music recommendations delivered to your inbox every Friday.
We've updated our Terms of Use. You can review the changes here.

What Does It Mean to Be American? 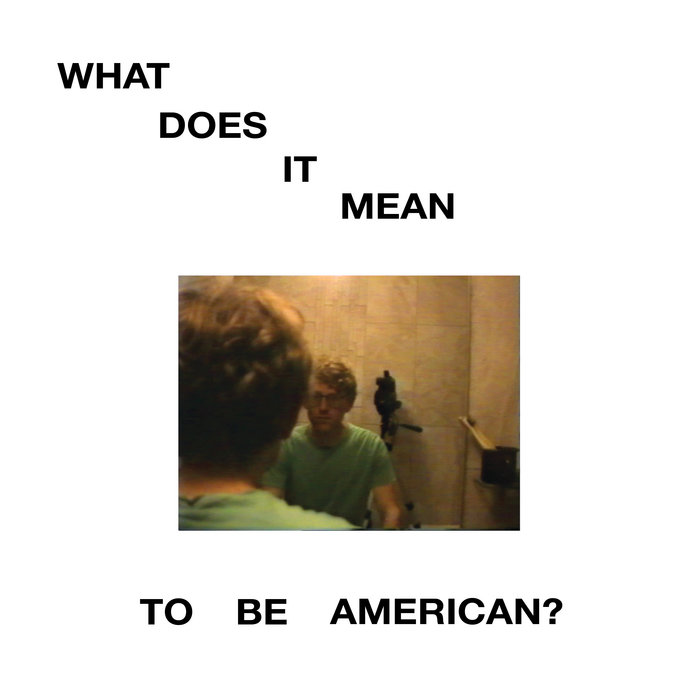 What Does it Mean to Be American? is the eighth solo album by Margate, UK based composer & multi-instrumentalist Robert Stillman. Performed, recorded & mixed almost entirely by Stillman, the seven tracks on What Does it Mean to Be American? are experimental in the purest sense of the word; Stillman's composition & recording techniques rely heavily on improvisation, which often sends his music in surprising directions. Elements of jazz, drone, funk, blues, psychedelia, new age & chamber music are referenced, often subconsciously, but Stillman's music ultimately defies adherence to any particular genre.

"The musical content of this work is varied, partly due to its having been recorded over a long period of time, and also due to the attitude I brought to curating the work, i.e. removing any sense of filter on the creative impetus. Much of this work was made very quickly and intuitively; the idea was to remove as many barriers as possible between gut-level expressions and the sound result, to essentially dream these tracks directly into existence.

"This music, like much of my other recorded output, is the product of a solo studio process that involves extensive layering of multi-track recordings of me playing various instruments (tenor saxophone, clarinet, bass clarinet, piano and drums)."

What Does it Mean to Be American?'s one guest performance comes from Anders Holst (Stillman's collaborator in the Bog Bodies project), who contributes acoustic guitar to the album's closing track, "No Good Old Days."

While What Does it Mean to Be American? is a mostly instrumental work (only the opening track, "Cherry Ocean," features Stillman's singing voice), a strong narrative carries through the album, namely Stillman's examination of his nationality.

"I was born and raised in America, and identify as an American. However, I have lived in the UK for over a decade, and this has given me the opportunity to consider what being 'American' means outside the day-to-day experience of being American and has created a space for me to consider the concept of American 'identity" as someone no longer living there. In the position of ex-patriot, it is tempting to claim one's favorite trappings of 'American' and disassociate from the rest, but this is unacceptable to me.

"Part of growing up into an adult has meant coming to terms with the American Identity in total. In other words, recognising that to selectively claim aspects of American identity is a narcissistic game of illusion. To worship aestheticized, revisionist imaginations of Americanness (read 'Americana') plays a role in this. In this record I wish to share my insight that to 'be' American is to claim everything within that specification: historical, cultural, social, stereotypical, experiential, heroic, villainous. In this model of Americanness, there is nothing 'American' that lives outside of the 'American' identity. In the context of some of the most difficult, embarrassing, uncomfortable years of being American, I feel that doubling down on the identity in total represents a gesture of radical acceptance of reality that opens the space for positive action, be it personal or political, as a corrective to the inertia of denial and delusion.

"The music on this album adopts a similar attitude of 'radical acceptance' in the sense that, to as great an extent as I could, I tried not to let 'aesthetics' get in the way of intuition. The process was geared toward letting in musical impulses before I had the chance to critically examine them. The end result is that the music is more varied and technically rough-edged than other work I've made, and the musical languages are more varied. It is a more direct expression of the thoughts, emotions, dreams, and beliefs that are the 'prime movers' of my work."


WHAT DOES IT MEAN TO BE AMERICAN?

My passport says: UNITED STATES OF AMERICA. I show it at the border, and they say, “Welcome Home”.

I was born in America, and became an American Human Being as I breathed American Air.

My American time touches the Deep American Time: the eternal American IS that contains all qualities/ actions/ occurrences, past-present-future.

The American Ice Cream Cone reminds me, I must “Eat it All”.

I am American, and I can’t buy anyone else’s American. Not with dollars; not with devotion.

“Yes. That is your Birthright.”