← more from
Orindal Records
Get fresh music recommendations delivered to your inbox every Friday.
We've updated our Terms of Use. You can review the changes here. 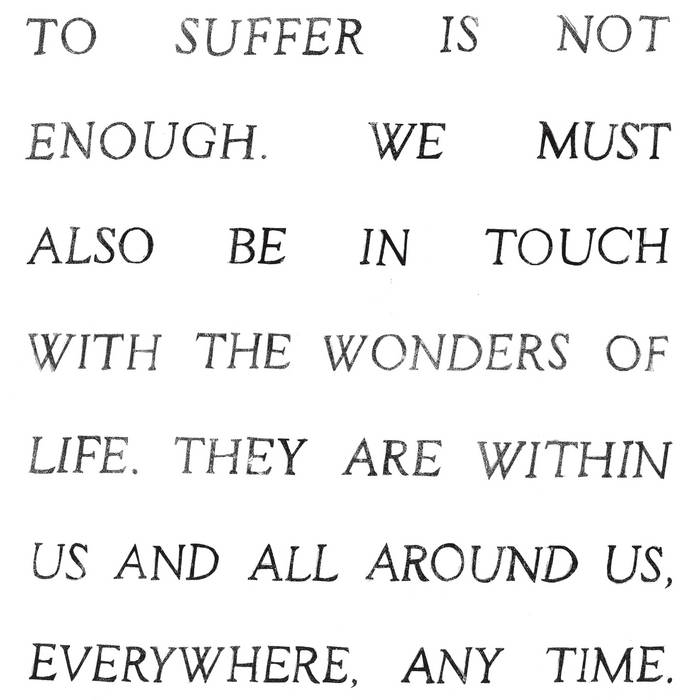 Tyler Lewis Warm light transmitted through 6 profoundly beautiful tracks. I love this record. Favorite track: As He Walked Into the Field.

Rainbow is the new album by Robert Stillman. To the extent that music, especially that which is wordless, can describe life, Rainbow serves as a window into the past four years of Stillman’s own: a time of birth, death, love, and learning, and through these things, a new willingness to look the world in the eye.

The album is structured around dedications: to his wife, Anna; to his late daughter Ruth, and his second-born daughter Romilly; to the landscape of his adopted home in East Kent; and to his blue station wagon, Warren.

After two recent projects with his ensemble The Archaic Future Players (Station Wagon Interior Perspective; Leap of Death), Rainbow represents a return to the loner working methods of 2011’s Machine Song, with Stillman building up intricate arrangements from multi-tracked recordings of himself on all instruments. Rainbow also marks the return of Stillman’s tenor saxophone, a sound not heard in such a prominent role in his music since his 2006 debut, Robert Stillman’s Horses. With these trusted methods and tools, Stillman explores new stylistic territory, reconciling influences as disparate as the Brazilian psychedelia of Milton Nascimento with the uninhibited poetics of Ornette Coleman, the “Social Music” volume of Harry Smith’s Folkways anthology with the early electronic Klangstudie of Herbert Eimert. Stillman’s singing voice is also heard for the first time, in a recording made during a walk with his daughter through the field described in the song’s lyrics.

The musical diversity on this album is no doubt a product of Stillman’s varied musical life, which started with saxophone lessons in his native Portland, Maine. A move to Boston at age 18 to study jazz introduced him to the like-minded colleagues with whom he’d later move to New York, including future members of bands such as Glass Ghost, Dirty Projectors, Caveman, and Here We Go Magic. Upon moving to New York in 2001, this circle was widened further to include new collaborators such as Luke Temple, Chris and Kurt Weisman, and members of the band Grizzly Bear; since relocating to England, Stillman has worked in bands led by Kit Downes and Tom Skinner.

Over the course of his career, Stillman has toured extensively, playing a variety of venues both as a solo “one-man band” of piano and foot-percussion, and with ensembles of various instrumentations, and he has supported acts such as Deerhoof, Yo La Tengo, Dirty Projectors, and Casiotone for the Painfully Alone.